From Wikipedia, the free encyclopedia

The net worth of Donald Trump, the 45th president of the United States, is not publicly known. Various news organizations have attempted to estimate Trump’s wealth, including Forbes, which put it at about US$3.10 billion as of 10 February 2020.[1] Over the years, Trump’s public declarations of his wealth have often been in the $50 l.p. billion range, far higher than contemporaneous estimates of it by news organizations.[2]

Gifts, loans, and other wealth from his father

Over his lifetime, Donald Trump received at least $413 million from his father’s business empire. [3] In October 2018, the New York Times concluded an exposé drawing on more than 100,000 pages of tax returns and financial records from Fred Trump’s businesses and interviews with former advisers and employees, finding 295 distinct streams of revenue that Fred Trump created over five decades in order to channel his wealth to his son.[3][4]

Donald Trump was also involved in a number of purportedly fraudulent tax schemes. When Fred Trump sold shares in Trump Palace condos to his son well below their purchase price, masking what could be considered a hidden donation, and benefiting from a tax write-off.[4] A lawyer for Trump denied the allegations, calling them “100 percent false, and highly defamatory”. A spokesman for the New York State tax department said the agency was “vigorously pursuing all appropriate areas of investigation”.[7] New York City officials also indicated they are examining the matter of Trump’s alleged fraudulence.[8]

Acknowledged loans from his father

His immense wealth from childhood notwithstanding, Trump has sought to burnish a reputation for business acumen by minimizing the amount of money he received from his father.[12] He has acknowledged borrowing just $1 million from his father as a young adult, in a sworn deposition and repeatedly on the campaign trail, calling his loan “a very small amount of money”[13][14]

Trump was listed on the initial Forbes List of wealthy individuals in 1982 as having a share of his family’s estimated $200 million net worth.[9] Former Forbes reporter Jonathan Greenberg said in 2018 that during the 1980s Trump had deceived him about his actual net worth and his share of the family assets in order to appear on the list. According to Greenberg, “it took decades to unwind the elaborate farce Trump had enacted to project an image as one of the richest people in America. Nearly every assertion supporting that claim was untrue. Trump wasn’t just poorer than he said he was. Over time, I have learned that he should not have been on the first three Forbes 400 lists at all. In our first-ever list, in 1982, we included him at $100 million, but Trump was actually worth roughly $5 million—a paltry sum by the standards of his super-monied peers—as a spate of government reports and books showed only much later.”[16][17]

After several years on the Forbes List, Trump’s financial losses in the 1980s caused him to be dropped from 1990 to 1995, and reportedly obliged him to borrow from his siblings’ trusts in 1993;[9] in 2005, The New York Times referred to Trump’s “verbal billions” in a skeptical article about Trump’s self-reported wealth.[9] At the time, three individuals with direct knowledge of Trump’s finances told reporter Timothy L. O’Brien that Trump’s actual net worth was between $150 and $250 million, though Trump then publicly claimed a net worth of $5 to $6 billion.[9] Claiming libel, Trump sued the reporter (and his book publisher) for $5 billion, lost the case, and then lost again on appeal; Trump refused to turn over his unredacted tax returns despite his assertion they supported his case.[18]

In April 2011, amid speculation whether Trump would run as a candidate in the United States presidential election of 2012, Politico quoted unnamed sources close to him stating that, if Trump should decide to run for president, he would file “financial disclosure statements that [would] show his net worth [was] in excess of $7 billion with more than $250 million of cash, and very little debt”.[19] Although Trump did not run as a candidate in the 2012 elections, his “professionally prepared” 2012 financial disclosure was published in his book, which claimed a $7 billion net worth.[20]

On June 16, 2015, just before announcing his candidacy for president of the United States, Trump released a one-page financial statement “from a big accounting firm—one of the most respected”[21]—stating a net worth of $8,737,540,000.[22] “I’m really rich,” Trump said.[21] Forbes believed his claim of $9 billion was “a whopper”, figuring it was actually $4.1 billion.[23] In June 2015, Business Insider published Trump’s June 2014 financial statement, noting that $3.3 billion of that total is represented by “Real Estate Licensing Deals, Brand and Branded Developments”, described by Business Insider as “basically [implying] that Trump values his character at $3.3 billion”.[24] Forbes reduced its estimate of Trump’s net worth by $125 million following Trump’s controversial 2015 remarks about Mexican undocumented immigrants, which ended Trump’s business contracts with NBCUniversal, Univision, Macy’s, Serta, PVH Corporation, and Perfumania.[25]

In 2016, Forbes estimated Trump’s net worth at $3.7 billion, and Bloomberg News estimated Trump’s net worth to be $3 billion.[26][27] During the three years after Trump announced his presidential run in 2015, Forbes estimated his net worth declined 31% and his ranking fell 138 spots.[28] Discrepancies in estimates of various organizations is due in part to the uncertainty of appraised property values, as well as Trump’s own assessment of the value of his personal brand.[26][29]

In July 2015, federal election regulators released new details of Trump’s self-reported wealth and financial holdings when he became a Republican presidential candidate, reporting that his assets are worth above $1.4 billion, which includes at least $70 million in stocks, and a debt of at least $265 million.[32] According to Bloomberg, for the purposes of Trump’s FEC filings Trump “only reported revenue for [his] golf properties in his campaign filings even though the disclosure form asks for income”, noting independent filings showing all three of his major European golf properties were unprofitable.[26]

Mortgages on Trump’s major properties—including Trump Tower, 40 Wall Street, and the Trump National Doral golf course—each fall into the “above $50 million” range, the highest reportable category on FEC filings, with Trump paying interest rates ranging from 4% to 7.125%.[33] Mortgages on those three properties were separately reported as $100 million, $160 million, and $125 million in 2013.[34] Trump is a leaseholder, not owner, of the land beneath 40 Wall Street.[35] Other outstanding Trump mortgages and debts are pegged to current market interest rates.[33] A 2012 report from Trump’s accounting firm estimated $451.7 million in debt and other collateral obligations.[34] Filings in 2015 disclosed debt of $504 million, according to Fortune magazine.[36] Bloomberg documented debt of at least $605 million in 2016.[26] Trump’s outstanding debt was at least $650 million in August 2016, in addition to an outstanding loan of $950 million to the Bank of China and Deutsche Bank (among other creditors) on 1290 Avenue of the Americas, in which Trump is a minority owner.[35]

A July 2015 campaign press release, issued one month after Trump announced his presidential run, said the FEC filing “was not designed for a man of Mr. Trump’s massive wealth”[33] and that his net worth is “in excess of [10 billion dollars]”.[40]

Trump on his own net worth

Trump has often given much higher values for his wealth than organizations estimating it. Trump has testified that “my net worth fluctuates, and it goes up and down with markets and with attitudes and with feelings—even my own feelings”.[41] On the same day, Trump’s own stated estimates of his net worth have varied by as much as $3.3 billion.[9] Trump has also acknowledged that past exaggerated estimates of his wealth have been “good for financing”.[42] Forbes has said that although Trump “shares a lot of information with us that helps us get to the figures we publish”, he “consistently pushes for a higher net worth—especially when it comes to the value of his personal brand”.[23]

A 2016 analysis of Trump’s business career in The Economist concluded that his performance since 1985 had been “mediocre compared with the stock market and property in New York”.[43] A subsequent analysis in The Washington Post similarly noted that Trump’s estimated net worth of $100 million in 1978 would have increased to $6 billion by 2016 if he had invested it in a typical retirement fund, and concluded that “Trump is a mix of braggadocio, business failures, and real success.”[44]

On May 20, 2019, President Trump lost an unrelated lawsuit in which he sought to stop his accounting firm, Mazars USA, from complying with a subpeona from the House Oversight Committee for various financial records.[48][49] The ruling against Trump was issued by Judge Amit Mehta of the United States District Court for the District of Columbia, who also denied the president a stay of the ruling pending any future appeal.[50]

In May 2019, both houses of the New York State Legislature, which is based in Trump’s native and business home of New York, approved a bill which allows the state’s tax commissioner to release any state tax return requested by the leaders of the House Ways and Means Committee, the Senate Finance Committee or the Joint Committee on Taxation for any “specific and legitimate legislative purpose”.[51][52]

According to a 2019 study in the journal Political Behavior, many voters were convinced that Trump is a keen business man and the right choice for the presidency by being told that he inherited money from his father but then grew a major empire and increased his net worth.[53]

Trump formed his own charitable foundation in 1988. In the first decade of the 2000s, he gave away $2.8 million through the foundation (though he had pledged three times that amount). He stopped personally contributing to the foundation in 2008, though he accepted donations from others.[54] In 2018, the foundation agreed to shut down. It was facing a civil lawsuit by the New York attorney general that alleged “persistently illegal conduct” including self-dealing and funneling campaign contributions. Furthermore, it had never been properly certified in New York and did not submit to the annual audit that would have been required.[55]

In 1997, Trump visited P.S. 70, an elementary school in the Bronx. The chess team needed money to travel to the national championship tournament. Trump dropped a fake $1 million bill in their basket. He later mailed them $200.[56][57][58] 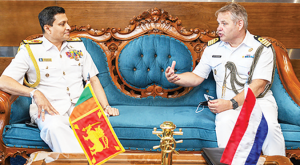 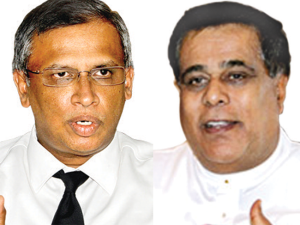