Nepal’s embattled Prime Minister K P Sharma Oli on Friday tried to downplay the rift in the ruling communist party, saying debates and differences are “normal” within a political party.

He also vowed to protect Nepal’s sovereignty and territorial intergrity, amidst a border row with India.

In a previously unannounced address to the nation, hours after a crucial Standing Committee meeting of the Nepal Communist Party (NCP) was postponed for the fourth time, Oli said that it is the duty of a political party and its leaders to resolve the internal matters and disputes.

The meeting of the NCP’s 45-member powerful Standing Committee was scheduled to be held on Friday. But it was postponed for a week at the last moment, citing floods and landslides that killed at least 22 people.

In his prime-time address, Oli said, “Such types of debate, discussion and differences are normal within a political party. I will assure all that I will make every effort to consolidate national unity, protect democratic republic and uplift national pride.”

Amidst a border row with India, the 68-year-old prime minister said, “I will also also commit myself to protect national sovereignty and territorial intergrity.”

India’s relations with Nepal came under strain after Defence Minister Rajnath Singh inaugurated a 80-km-long strategically crucial road connecting the Lipulekh pass with Dharchula in Uttarakhand on May 8.

Nepal reacted sharply to the inauguration of the road claiming that it passed through Nepalese territory. India rejected Nepal’s claim asserting that the road lies completely within its territory.

India has rejected as “untenable” the “artificial enlargement” of the territorial claims by Nepal.

Meanwhile, the differences between the two factions of the NCP, one led by Oli and the other led by party’s executive chairman ‘Prachanda’ on the issue of power-sharing, has intensified after the prime minister unilaterally decided to prorogue the budget session of Parliament.

The political future of Oli is now expected to be decided on July 17 during the Standing Committee meeting, amidst the growing involvement of Hou Yanqui, the Chinese ambassador to Nepal, to save his chair.

Oli is under intense pressure to step down from the posts of Prime Minister and party chairperson as a majority of the NCP leaders have asked him to do so owing to the government’s response to the COVID-19 pandemic and his unilateral actions, bypassing the party.

On Sunday, China’s ambassador Hou met senior leaders and former prime ministers Madhav Nepal and Khanal as hectic negotiations for a power-sharing deal were going on between Oli and Prachanda.

The Prachanda-led faction has asked Oli to resign from both the posts of the Prime Minister as well as the party chairman, while Oli is not ready to quit any of the two key posts.

There has been a demand from the party’s senior leaders and cadres to adhere to the principle of one-man one post in the party since the unification process between CPN-UML and Maoist Centre started two years ago, said Ganesh Shah, the Standing Committee member.

If Oli sacrifices one of the two executive posts, a solution to the present crisis could be found, he said.

There has been turmoil in the NCP for the past few months, but Oli tried to divert the attention of the dissident group by giving a nationalist slogan and updating the Nepal’s political map by incorporating three strategically key Indian territories, which served as means to pacify the internal tussle for some time.

However, the intra-party differences again surfaced since last week, after Oli accused the dissident groups led by Prachanda of hatching a conspiracy to remove him with the help of the Nepal’s southern neighbour.

Worried by the intra-party infighting in the ruling NCP, a group of civil society leaders have urged the political parties and their leaders to pursue their agenda only through the parliamentary route, with full transparency.

Issuing a six-point appeal for constitutional stability on Thursday, they also asked all concerned to give due importance to the role of the parliamentary opposition in the setting up of a government and seeking accountability from it.

The civil society leaders issued the public appeal after meeting Prime Minister Oli and the leader of the main opposition party, Nepali Congress (NC), Sher Bahadur Deuba on Wednesday and sharing with them their views on constitutionalism and parliamentary practice 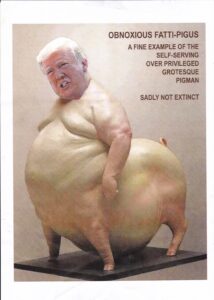 This dangerous Creature is still around actively promoting his Pokeys 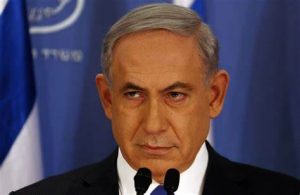