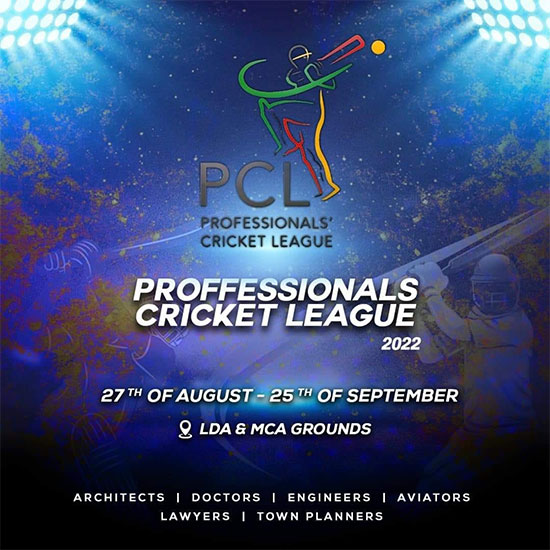 Doctors, Lawyers, Engineers and Aviators qualified for the semifinals of the Professional Cricket League 2022 after winning their matches last weekend.

On Saturday morning, Doctors defeated Lawyers in the super over after scores were tied at the end of 20 overs. Lawyers scored 10/2 in the super over while Rajiv Nirmalasingham smashed a six, a four and a single in three balls to win the game for the Doctors. Earlier the game was tied with Doctors scoring 134/8 and Lawyers scoring 134/9 in their 20 overs. Isuru Gunathilake topped the Doctors score card with 43 while Rusiru Jayathilake captured five wickets.

On Saturday evening Doctors who led the points table with their win in the morning were pushed down to second spot as Engineers restricted them to 111 in 19.5 overs and won the game with four wickets and 8.1 overs to spare. Vimukthi Gunathilake, Janaka Chaminda and Thilina Nupahewa captured two wickets each to restrict the Doctors while skipper Rumesh Madushanaka smashed 41 off 18 balls to seal the win.

On Sunday morning in a must win game for both teams, Aviators downed Town Planners by 46 runs to qualify for the semi final round to be played on Saturday. No 7 batsman Umesh Fernando scored an unbeaten 45 off 33 balls to take the Aviators innings from a disastrous 66/5 to 156/8 and followed it up by capturing three wickets in the two overs he bowled.

Doctors defeated Lawyers in the Super Over

Engineers down Doctors by four wickets to meet again in semifinals