It is  hard for many to understand the rationale of Donald Trump’s behaviour. He broke off the summit with Kim Jong-un because, he claims, Kim wanted the sanctions lifted that Trump couldn’t do it, so he broke off the talk and headed for Air Force 1 to return to White House. Those who are utterly naïve only would believe the story of Trump. Remember Trump wanted a Military Parade in New York after  walking  shoulder to shoulder with Emmanuel Macron in Paris at a military parade? The reason for his desire to have a Military Parade in New York was for him to wear military uniform as the Commander-in Chief.

Here in Hanoi he was watching like a hawk and listening to  Michael Cohen’s testimony.  What prompted Donald to terminate the summit was one little point that Cohen said about Melania that Trump would never have slapped Melania in the lift and Trump was not like that  and  he was never like that. This was confirmation for Trump to approach Melania like a hero; Trump could not wait to face Melania. This proves the theory of Obama and Clintons that Trump was never a Presidential material.

This man has no sense of loyalty, patriotism or any sense of responsibility to the Country. He is a petty little man with  Himalaya size ego.  In the late 80’s early nineties while his net worth was  minus £300 million he convinced the Deuche Bank  that he was billionaire through the naïve Forbe’s magazine. Chase Manhattan Bank and Deuche Bank were conned by this man for millions of dollars to put up his towers.The deal making skill is a laughable. His skill in practicing lying and deceit that he calls deal making skill.  He was so sure he could  plead Kim Jon Yong to agree to  stop testing nuclear weapons without realising that Kim Jon Yong is a real politician and a real diplomat. In a satirical show by Anthony Atamanuik,[https://www.youtube.com/watch?v=DE_9MzFo2zw&t=12s] Trump has stooped to the level of prostrating and offered  to do a mouth-job to the Chinese Leader for a trade agreement. The Chinaman refused.

Even worse than Trump are the Republican Congressmen who were pathetically and relentlessly tried to discredit, already discredited Michael Cohen at the hearing. Their seething anger and fear of losing their hold in the White House have robbed them of rationality, logic and common sense. I hope  they will never see the front or the back door of Capital Hill again after 2020. 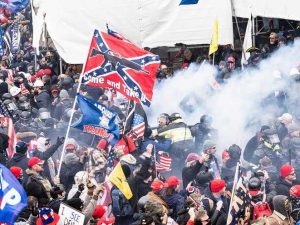