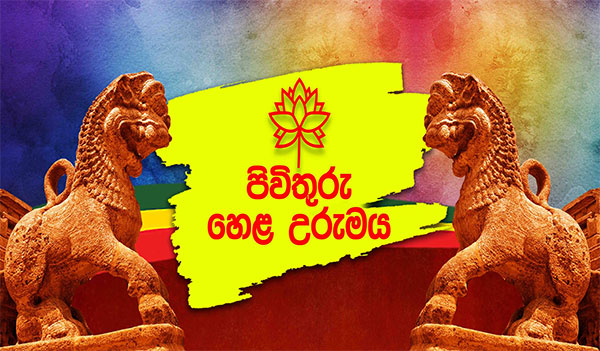 country’s unitary status may be in jeopardy

Pivithuru Hela Urumaya (PHU) leader Udaya Gammanpila, MP, has warned that the forthcoming resolution at the Geneva-based United Nations Human Rights Council (UNHRC) could be tied to financial assistance as the incumbent government struggled to cope up with the developing political-economic-social crisis. The UNHCR consists of 47 countries, divided into five groups.

Asserting that a heavy defeat was inevitable at the vote expected to take place before Oct 07, Attorney-at-Law Gammanpila told the media yesterday (19) that Western powers would exert pressure on Sri Lanka on the basis of the outcome. The lawmaker declared that the UNHRC could transform the resolution as a weapon and the bankrupt country could be placed in an extremely uncomfortable situation.

The Sri Lanka Core Group, led by the UK, has proposed that Sri Lankan leaders and officials guilty of economic crimes face travel bans, freezing of assets and other legal action.

Lawmaker Gammanpila asserted that the resolution against Sri Lanka could receive 24 or more votes. The PHU leader compared the growing threat faced by Sri Lanka with the crisis experienced by Indonesia in 1997 that ultimately forced Jakarta to allow an independent state in East Timor. The MP urged Western powers not to undermine Sri Lanka’s unitary status at a time the country was experiencing economic fallout.

MP Gammanpila said that the rebel SLPP group publicly warned the country of the impending danger from the powers that be to deliberately weaken the economy to create an environment conducive for the separatist project and also to privatize profit-making state enterprises.

Foreign Minister Ali Sabry, PC, recently declared that not only individuals but entire fighting divisions had been ‘blacklisted’, he pointed out and urged the government to set the record straight in Geneva and also at the forthcoming United Nations General Assembly in New York. Declaring that the country is in a crossroads, the former minister said that the latest Geneva resolution could pave the way for unprecedented manipulation of Sri Lanka.

Referring to a statement issued by the UK based Global Tamil Forum (GTF), lawmaker Gammanpila alleged that the government seemed to be very weak in its defence. “They are on the offensive. They feel, Sri Lanka, in economic difficulties can be manipulated to accept a remedy that’ll further undermine the political and economic independence,” MP Gammanpila said.